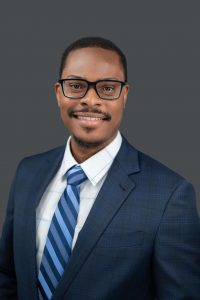 Yohan A. Zingile is originally from the Caribbean Island of Guadeloupe. He decided to come to the U.S. to learn more about American culture and American law.

Yohan is a native French speaker and can communicate in Spanish and Creole as well. Yohan enjoys playing tennis and learning about other people and cultures.

Experience with the Center for U.S. Immigration Services (CFUIS)

Yohan A. Zingile started as an extern with CFUIS in 2016 and then interned upon graduation. He was hired as a full-time employee in July 2017.

Before joining CFUIS, Yohan volunteered and assisted refugees while living in San Diego, and worked at Higgs Fletcher & Mack where he served as an intern in the firm’s Immigration Group.

Yohan also worked at San Diego Diplomacy Council where he had the opportunity to interact with a broad and diverse group of people.

Yohan Zingile is the author of the article: “Could the Covid-19 Pandemic be a Blessing in Disguise from an Immigration Perspective? Read article

He is a member of the State Bar of Arizona and admitted to the Arizona State Supreme Court.

We hope that you are well. Your safety and well-being are of paramount concern to us. To keep our clients and our sfaff healthy, we are performing the following activities: